I learnt to respect relationships - Participant of Summer Camp 2011

"First i didn't make my mind to come, but after coming, I was excited to learn songs, especially English songs and going back home; I used to sing to others. At the same time, I like to dress myself with beautiful jewelry and through the camp, I learnt to make one and went around the village to show to everybody what I have learnt." 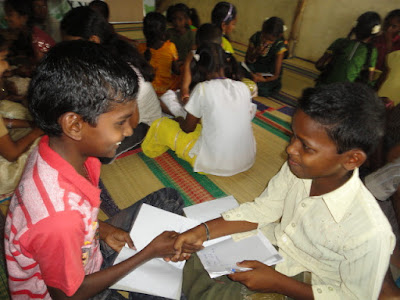 "I was excited coming here because at home, I am all alone .coming here I made new friends and even learnt few words in English. You know I even tried picking up a conversation with a learned person in the neighborhood".
"I was very happy about the camp, because it was not like a classroom. we learnt about the importance of appreciation and relationships and now that helps me respect my relationships at home".
All these were the expressions of children who attended BUDS CURA 2011, Summer Camp for Children organised at Nalam Center Tiruchengode. The Buds Cura-name signifies healing was the touch we wanted to render to the children coming for the camp. This camp is the second one organised, after a grand success last year that enabled children to come more freely to the center even after the camp.
This year, it was an attempt to bring the children who have not frequently visited the center, due to distances and family circumstances. So in the seniors’ camp we had 20 representatives and the in juniors camp we had 25 representatives and few days we even had 27 representatives. The seniors camp was organized for 6 days from may 16th to 21st, while the juniors camp was organised from 23rd to 28th of may 2011, with final day bringing both the groups together. The sessions were adapted according to the age group and had sessions that would suite the interest of that particular group. 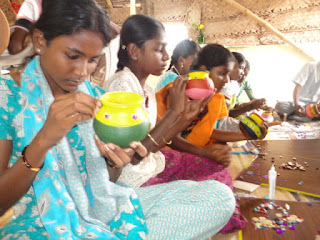 Seniors:
First session every day started with Moral Values sessions comprising songs and stories. Second we organised Thalir Thiran Thittam, an initiative of Aparjitha foundation a medium to teach life skills to children through video presentation. This was accepted well and could be seen reflected at home and within the center premises. Some of the key values taught to how to communicate well to your neighbors, how to establish relationships, how relationships are important and how to be an encourager.
The following session was spoken English which focused on the conversations that are made on a day to day basis. In the special skill sessions, they had cartoon time, jewelery making, pot painting.
For the juniors: 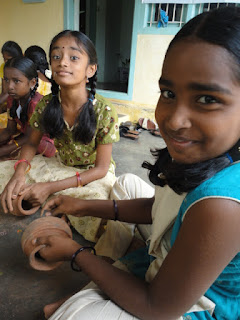 Then the smaller children had game time to build relationships within the team members.This was appreciated by parents and even children especially in breaking the barriers of class and caste. Following this we had conversational English and computer basics for the smaller ones. In the computer basics, children we were given opportunity to work on computers and use paint section.
Only one session was handled for children on value –based, that is encouraging others, as the attention span for smaller kids were low and message reinforcement was needed. In the craft time, the smaller kids made golden tree, pot painting, jewelry-making and dry-flower painting.
Final Day
Final Day program was organised in the center and the special guests were Vibin and Rohan representing the youth group in Chennai (CYIC) and a parent from the neighborhood .The occasion enabled children to share their experiences to the guest and also exhibit some of their learning to the guests.