Changes in the lives of children 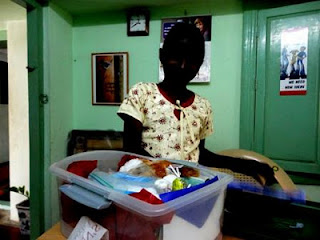 Improved health status: Punniyadevadai, 15 year old girl child who had been initiated second line ARV drugs is progressing very well in her health. Emergency support in the form of extra nutrition and expenses on monitoring tests checking her health progress was provided from Buds of Christ.

Emergency medical support is a support that is provided to children living with HIV from very poor economic conditions to ensure good health. It includes medicines, routine medical tests, transportation, care takers’ costs during hospitalization etc (those that are not covered under the government programme)

Placing an HIV positive child back in school:
Ilamurugan is 12 years old and an orphan child living with HIV looked after by his aged aunt and uncle. He was referred to us by the government ART center, Namakkal as he was not regular in his medications (ARV). This had affected his health and so he could not attend school in this academic year. With the peer support facilitated by the Vetrikootam Members and counseling services of Buds of Christ he has shown positive improvement. He expressed interest to get back to school. Since this was in September the school HM said No for admission. And through interventions from the chief education officer from the Namakkal district, he was placed back in school. He also appeared for his quarterly exams. Though he did not pass in all the subjects, he was happy to be back in school.