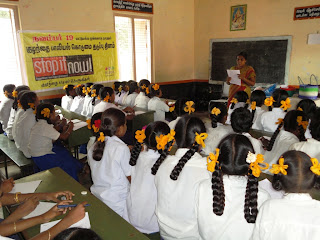 The World Day for Prevention of Child Abuse is observed on the 19th of November every year. This day is also used to create awareness among the public especially among children, teachers and their parents on Child Sexual Abuse. Child sexual Abuse is an act that causes physical, psychological and social harm to the child by an adult or another child to gratify or satisfy the needs of the person by touching ,seeing and talking about the private parts. 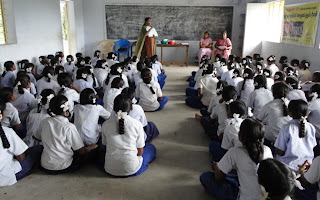 The WHO estimates that 150 million girls and 73 million boys under 18 have experienced forced sexual intercourse or other forms of sexual violence involving physical contact, though this is certainly an underestimate. Much of this sexual violence is inflicted by family members or other people residing in or visiting a child's family home- people normally trusted by children and often responsible for their care. In a study on child abuse done by Ministry of Women and Child Development in 2007 among 12,447 children in 13 states revealed 53.22% reported having faced one or more forms of sexual abuse that included severe and other forms. The study recommends that Life skill education of children to enhance their knowledge and capacity to deal with abuse is essential.

Mr B. Saravanan, leading advocate and member of Rotary Red Rock, Tiruchengode expressed that “It is not only important for children to know about their rights but also the parents to be aware of what is happening to the child. Many parents either shy away or do not spend enough time with their children that leave them to undergo sexual abuse” 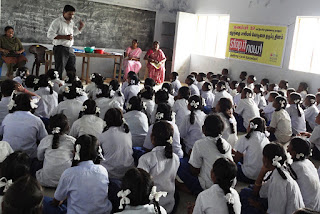 Buds of Christ an organisation working for orphans and vulnerable children based in Tiruchengode, Namakkal, reached out to over 500 children in 5 Government schools bringing awareness on Child sexual abuse in Tiruchengode Taluk with the support of District Chief Education Officer. The awareness was created on what are the forms of sexual abuse, how children should respond to any act that involves touching or using of explicit materials to make children do what others intend to was also taught to the children. The children were also informed that they have the right to their body and to scream NO to any one who is trying to abuse; another important thing that children ought to do is to share the incident to trusted adults like their parents or teachers.