Overcoming challenges by building SELF WORTH 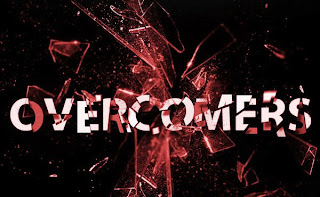 Adolescent period is the most crucial period in one’s development. Lack of support and guidance makes many adolescents, both boys and girls vulnerable to make decisions that heavily impact their lives. In our work with adolescent children living with HIV, we have observed that they become poor adherers to treatment against HIV (ARV treatment). Most of them have started treatment at a very early age, but when they cross their puberty, most develop lack of interest and responsibility in taking treatment. This has resulted many adolescents contract other opportunistic infections very easily. In addition they show poor interest in studies.

Recently on closely observing the conditions of young people and interacting with them personally, it was found, the HIV status has developed fear and lack of interest over their future. This has brought in very low self esteem among the adolescents that they take decisions of not taking medication hoping for earlier death. This is uniform among both boys and girls. Close follow-up, frequent confident building session, providing platforms for the adolescents to be influencers of change for other young children has encouraged few to accept their status positively and even have encouraged them to be more responsible on treatment.

One such child is Malini, now studying 11th standard. She is looked after by her widowed mother and both are taking treatment in the government hospital in Namakkal district. Situations at home and casual interactions of her relatives over her status and future had resulted in losing hope about her future. This made her decide to be casual on treatment. But when she was appreciated and supported by friends from similar background through the support group (Vetri Kootam), she is now able to accept her status and even love herself. This change has encouraged her to be regular on medications and also support other orphan and semi-orphan children who are on treatment through peer counseling.
We believe that through the Vetri kootam initiative many more Malini’s emerge with positive hope in their lives and become influencers of change for other children.