HIV treatment availability through district ART centers and the link ARV centers have enabled rural adolescents to avail the ARV drugs without much constraint. Buds of Christ has been working with over 150 adolescents for the last four years in Namakkal district and among them are 40 adolescents living with HIV. The two major issues affecting HIV positive adolescents are; 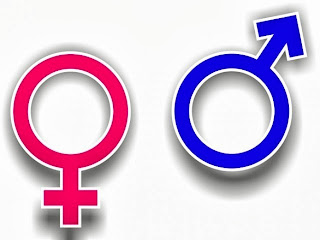 HIV positive adolescents support group meetings
Support group was initiated at the Government ART Center once a month while they come to receive ART drugs. The support groups enabled to find coping strategies and has evolved them as strong peer influencers.
A 16 years old orphan boy was poor adherer to treatment, as he felt the medications were causing memory loss, lack of support from the extended family made him feel he was burdening them with care thus he wanted to die early. Becoming part of support group, he was resistant for 3 months, but later on seeing the confidence and motivation among his peers, he made a decision to adhere. He attributes the support from peers has helped him change the decision.

Lack of positive prevention skills for adolescents living with HIV:
HIV positive adolescents need guidance to make responsible choices over their sexual relationships, in preventing new infections. The focus on Positive adolescents have been limited only to treatment assessment and there are instances where adolescents living with HIV have taken decisions of marrying early without disclosing their status and have caused new infections among their partners.
Devi 16 year old orphan living with HIV, a poor adherer to medication made her health condition very severe. She also got involved into a relationship with a boy 21 years and married without revealing her status to him. Now, the boy is infected and she is pregnant.

Strategy - Life skills based sexual and reproductive health programme:
The life skills programme involves young people living with HIV to openly talk their concerns and fear around relationships and also make responsible choices of preventing infections to other young people. The fortnightly sessions organised at Buds of Christ provides a platform for young people in rural areas to communicate their values, know more about themselves, understand the adolescent development stages, and learn to cope with emotions and stress and understand vulnerability in risky behaviors.
Beena , 20 year old orphan living with HIV has been part of the adolescent life skills group. Marriage pressures mounted yet she was very firm in making a decision that she will get married to an HIV positive person who is aware of her status. She expressed that the information gained through the life skills sessions enabled her to be assertive in making right choices and accessing SRH services during pregnancy and delivery. Beena enjoys good relationship with a husband and has a child who is HIV negative.
These peer support programmes for adolescents living with HIV have enabled young people to find support from one another and also establish higher goals for their future. The need to create a space for adolescents living with HIV in the health care settings is the need of the hour.