Showing posts from November, 2010
Show all

Social Determinants to health of children living with HIV and AIDS 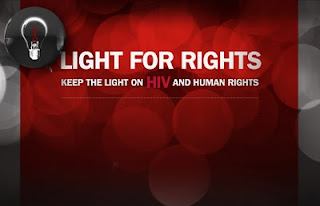 HIV and AIDS is one health issue that has been highly focused and advocated thus facilitating better health to people living with HIV and AIDS. With treatment playing a major role in the lives of people living with HIV, the need to focus on social determinants is found essential especially for children living with HIV and AIDS. Some of the key conditions that affect children’s health are There are many children who are taking medicines without knowing their status and even not understanding the consequences if not adhered to treatment. There are children living in very poor conditions, not able to afford nutritious food and living in unhygienic conditions, Many children have lost one or both parents, where family income is at stake There are children who are not able to afford to access the free treatment, due to expense that has to be incurred in traveling to the hospital. There are girl children who are targeted with moralistic remarks by the
Read more

53% of children in India are sexually abused!!!   November 19 th , a day dedicated to focus on children against sexual abuse has been widely advocated by various agencies across the country. In Namakkal district, Buds of Christ realised the need to create awareness among school children on the potential forms of abuse that children can be easily exposed. In 2007 the Ministry of Women and Child Development published the "Study on Child Abuse: India 2007. It sampled 12447 children, 2324 young adults and 2449 stakeholders across 13 states. It looked at different forms of child abuse and in five evidence groups, namely, children in a family environment, children in school, children at work, children on the street and children in institutions. The study's   main findings included: 53.22% of children reported having faced sexual abuse. Among them 52.94% were boys and 47.06% girls. Schools in Tiruchengode were selected and around 300 children were oriented on the different for
Read more 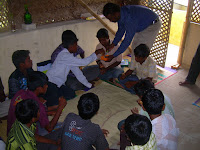 young boys from villages part of workshop received diwali sweets Mr. Kamaraj from CPCL drove all the way from Chennai to celebrate Diwali with his relatives in Namakkal and Salem districts. Right after they celebrated Diwali on Nov 5th, the entire family marked Nov 6th to celebrate diwali with Children at NALAM Child Development Center in Tiruchengode. Some glimpses to know more about the event. CPCL Employee Mr. Kamaraj's Father sharing with grandparents of orphan children Relatives of Mr Kamaraj socialising with members of NALAM center Diwali sweets shared for young children participating in Understanding Adolescent Vulnerability workshop
Read more

Response from BUDS OF CHRIST What are your experiences with social protection interventions initiated to provide services specifically for children affected by AIDS? Enabling children to continue their education: Children Orphaned and under the care of Grandparents and children under the care of young widows living with HIV have been specially focused in our work among orphan and vulnerable children. Buds of Christ supports around 130 children registered with us in the two blocks Tiruchengode and Elachipalayam with Educational kits that include School Bags, guides, note books, school stationeries and school uniforms. Govt School provides free textbooks to all children, uniforms to children registered under noon meal scheme. OVC trust of Tamilnadu State AIDS control society has supported only 99 children in the district where 12000 PLHIV access ART center. We facilitate to get the forms and access the support deserving families. Our support has been mobilized from individual, C
Read more
More posts